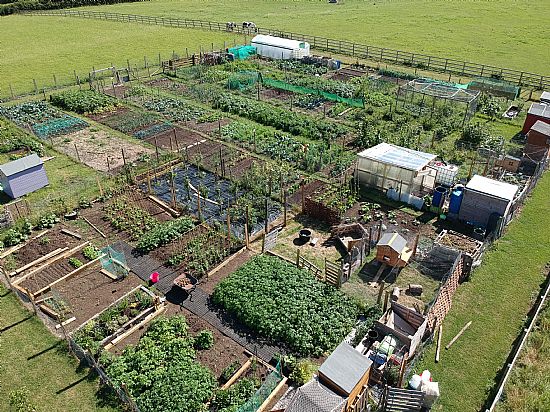 THE FIRST  5 YEARS
The site is peaceful and beautiful and there are views of Glastonbury Tor, Walton Windmill and the A39 if you stand and look round.
After a great deal of work by the Parish Council between 2011 and 2014 the allotment site was purchased, fenced and a water supply installed.  A few people met with the area representative from The National Allotment Association (NAS) in April 2014 to discuss how to set up the allotments once the site was signed over. It seemed very daunting to begin with but we had guidance and formed a committee to work on the plans.  The committee met regularly and discussions were wide ranging with the topic of footpaths between the plots being discussed many times. NAS advice was to not include footpaths between the plots which seemed very strange to many prospective plot holders but this guidance was followed after a lot of discussion and deliberation and it has proved to be the right decision.
On 13th September 2014, the Chair of Walton Allotment Society signed the agreement with the Parish Council and the plans became a reality.  The 24 plots were all marked out in September/October 2014.
It was with great excitement that the first 16 plot holders took charge of their plots (drawn by ballot) on 19th October 2014.

Spring 2015 brought a broad bean harvest and a lot of hard work to turn what had been a field into ground which would produce vegetables.  Sheds were erected and ground dug and prepared.
By Spring 2015 the water supply from the trough had been extended and now includes taps close to all plots.
Early in 2016, it was suggested that one of the plots should be converted to a communal plot with a shed, seating and fruit trees.  This is a popular addition to the site and used regularly.

We have received several grants from different bodies including Walton Parish Council and have used these funds to improve the car parking area, purchase the communal shed, equipment and improve the fencing by raising the height of the fence.  More recently we received a grant for some electric fencing.  In the first couple of years, we had a rabbit problem and discovered that some rabbits could easily jump the fence and in the last two years we have had visits from badgers who love sweetcorn.  At present we are not bothered by either of these but we are constantly on the look out for visitors!  So, five years on and we are very proud of our allotment site. 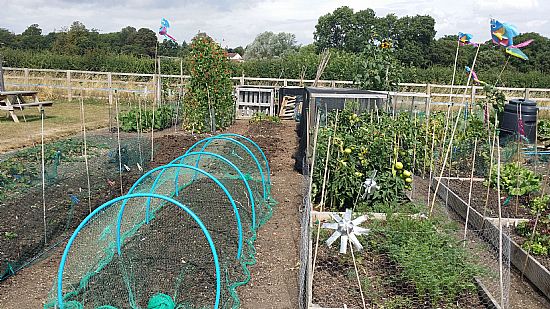 All the plots are let and each one is different in layout, method of cultivation and produce grown.  There are some chickens on a couple of plots and a poly tunnel on another plot which looks very useful in wet weather.  We have made huge progress in five years and look forward to the future with enthusiasm and pleasure.  Walton is so fortunate to have a permanent allotment site which can be enjoyed by everyone.  There is an option to extend the site when the waiting list is long enough so please, if you are interested, get in touch by email and put your name on the waiting list.  This is such a great way to meet people, get exercise and also take home some delicious home grown produce - Nothing tastes as good -  and the hard work is well worth while. 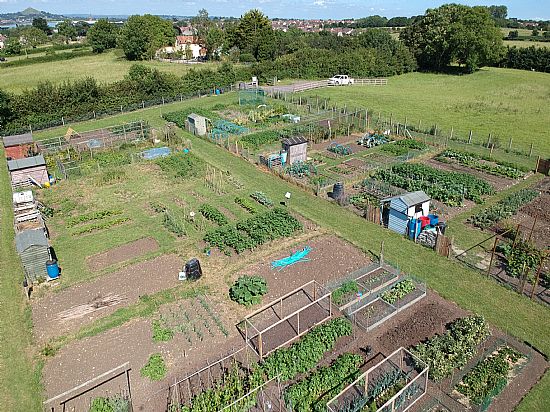